To find out about places you can watch and hear me perform spoken word, click on “follow” to get updates, and check out the upcoming events listed to the right of each page!

Scroll down to see what’s posted of my past performances! 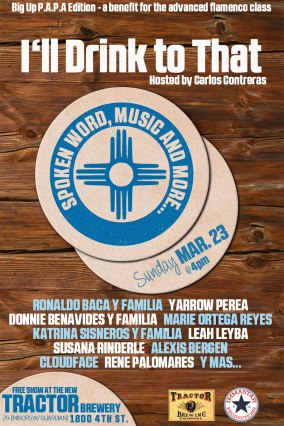 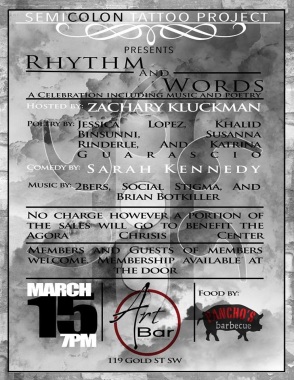 A Happening, feature performance at Albuquerque Center for Peace and Justice, October 26, 2013. 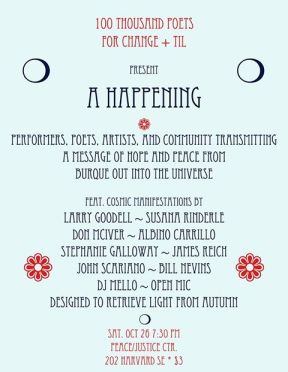 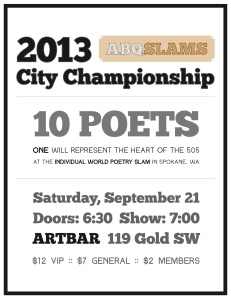 My second feature performance at Carlos Contreras’ “I’ll Drink to That” monthly show in Albuquerque, NM.  August 18, 2013, at Tractor Brewery! 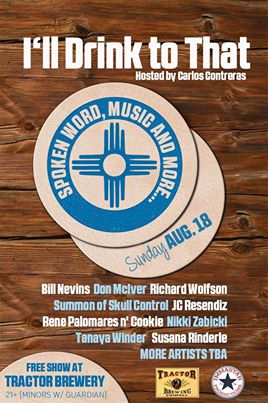 Ode to My Tropical Fro, The Weaning (set 2):

My slam competition debut, at “Final Friday” at Winnings Coffee House in Albuquerque on March 29, 2013.  What a show!  And I made the second round!

I’m a regular at the monthly Poetry & Beer series hosted by Damien Flores at Blackbird Buvette in Albuquerque, NM.  March 6, 2013 was my slam debut as the sacrificial poet! 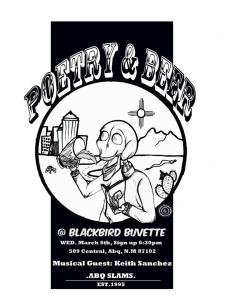 Featured at an erotica reading hosted by Zachary Gluckman at The Source in Albuquerque, NM, February 14, 2013. 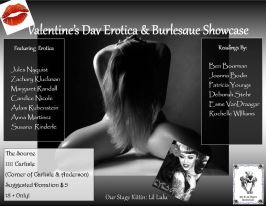 My spoken word debut — and a feature no less! — at Carlos Contreras’ “I’ll Drink to That” monthly show in Albuquerque, NM.  It was November 18, 2012 at Tractor Brewery! 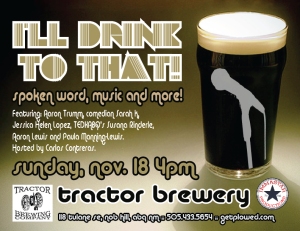 The following were all performed that night, and appear in the order I did my sets!

Mystery in My Skin: